Been a while, ain't it? Busy with college stuff I guess it's been hell. I've been dealing with a terrible cold, stuffed nose, sore throat bit of lung congestion, and to make it all even worse
Bloodshot red eyes for an absurdly long time like ever since I've been awake...(edit: it was red even after 28hrs, got it checked out its conjunctivitis)

This is truly the worst I have ever been.
Anyhow, have to probably conduct some type of meet thing for Cloud with about 150 participants so was thinking what better way than to self-host it on ze cloud and showcase my talent, for which
I found Jitsi to be really great :))

Jitsi is a free and open-source program for video conferencing and you can even self-host it!
Took a while to deploy it and have it running on my server. But when it's done it just werks, it's so good!!

Wayy better than spyware zoom which can decrypt all the packets over their server and do whatever they want with
the audio/video obviously under the legal jurisdiction but I still don't trust it. You can watch mutahar(SomeOrdinaryGamers)'s video on the topic here and why it has been banned in some countries here. 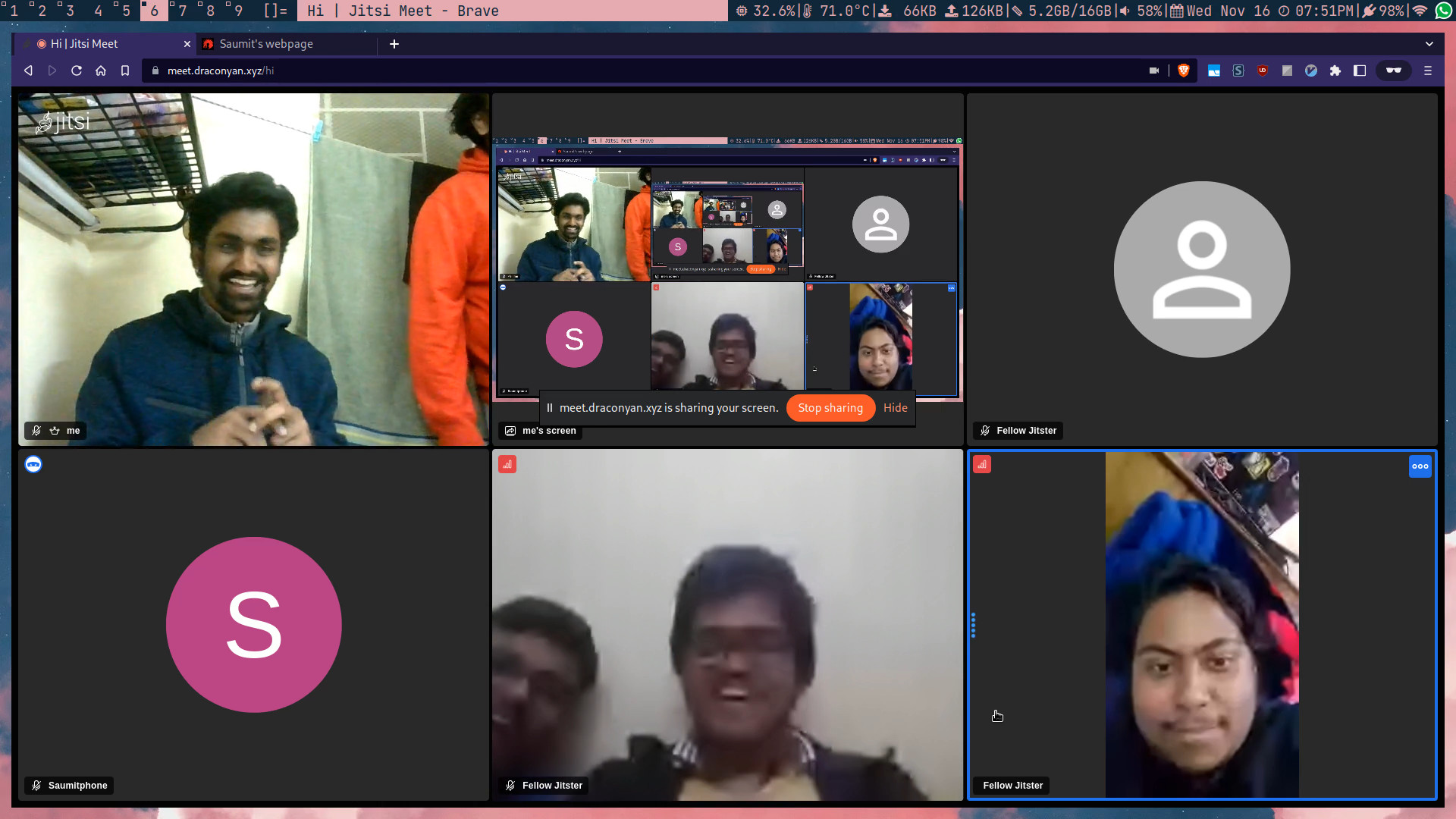 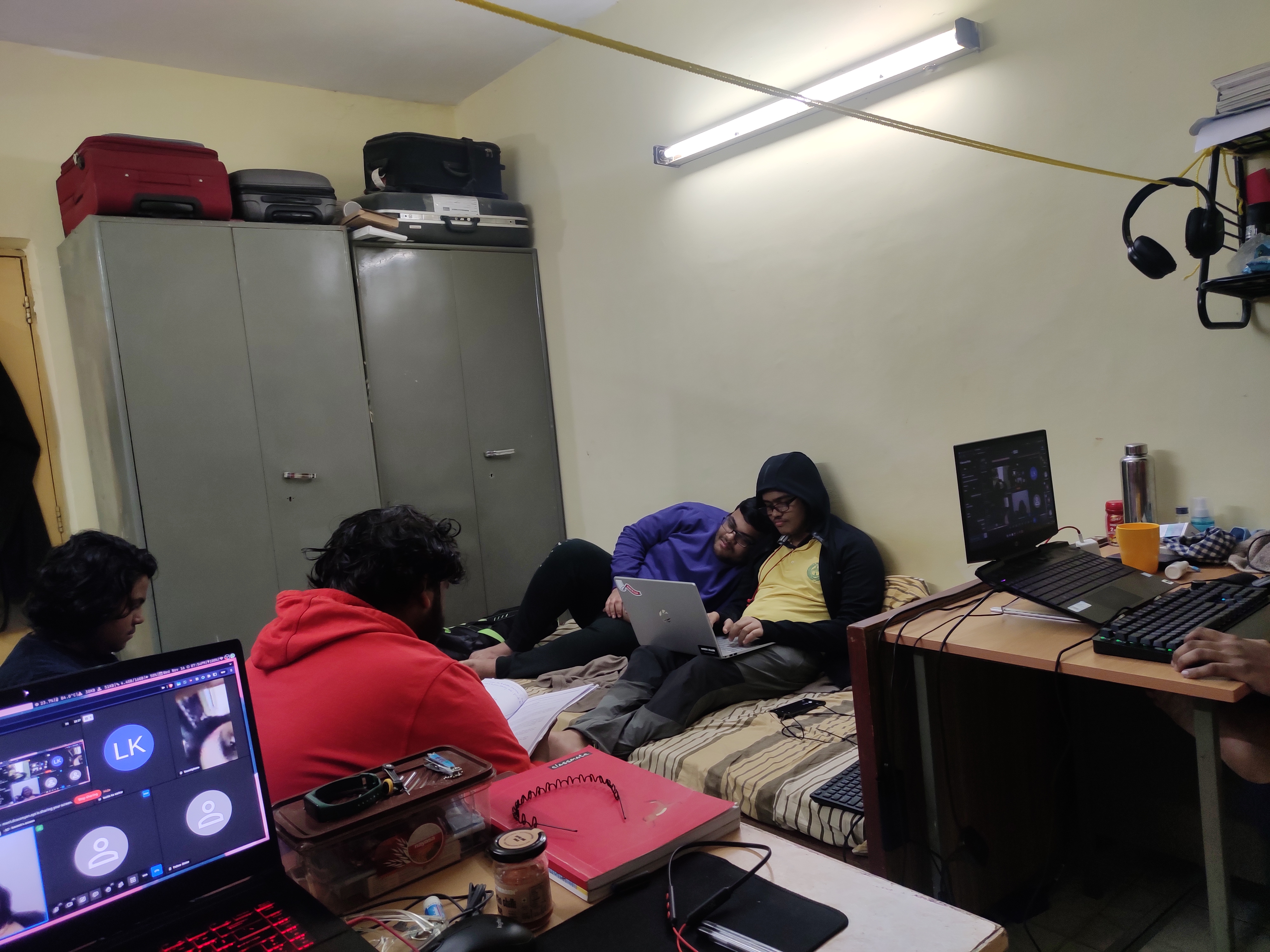 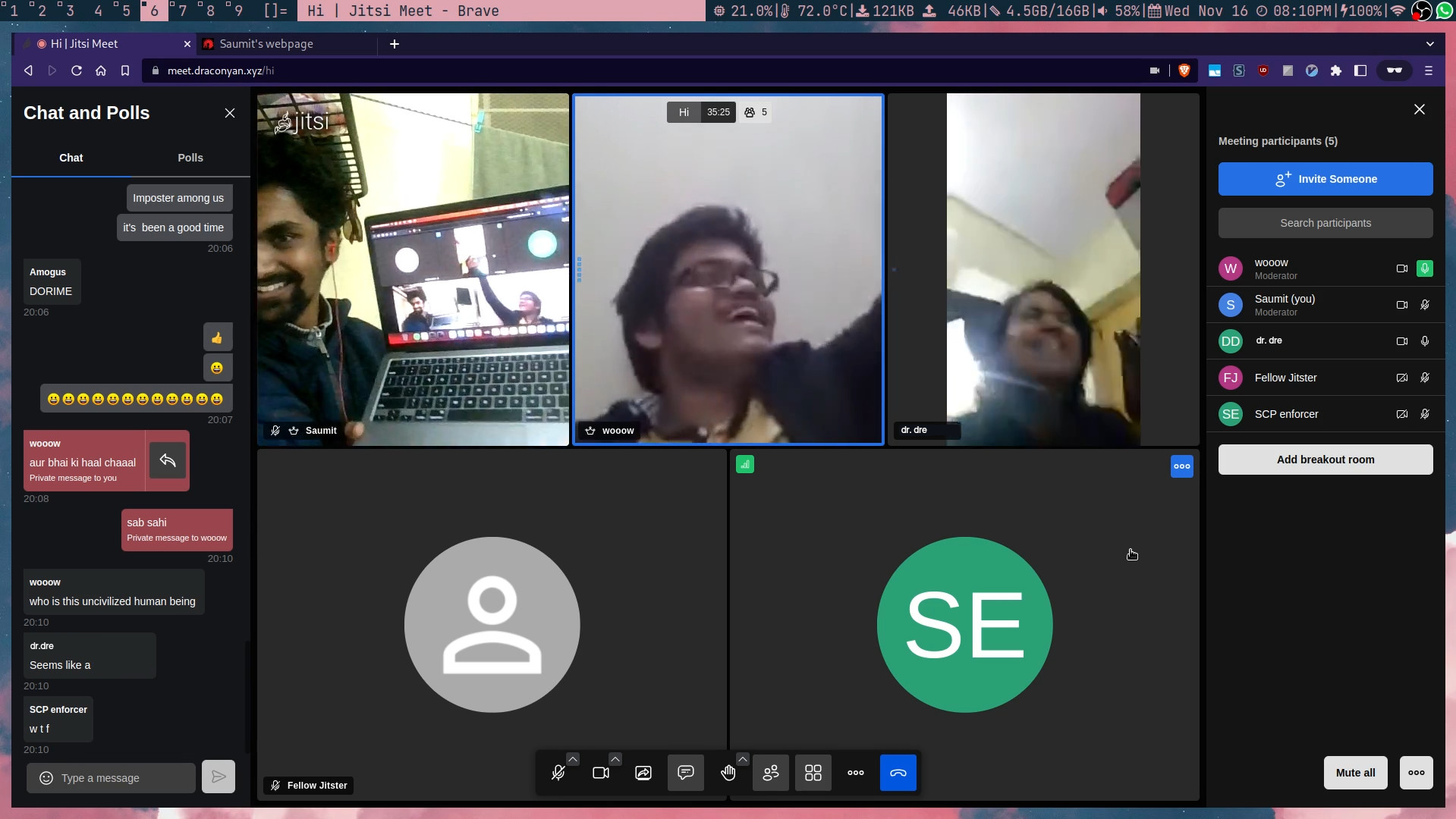